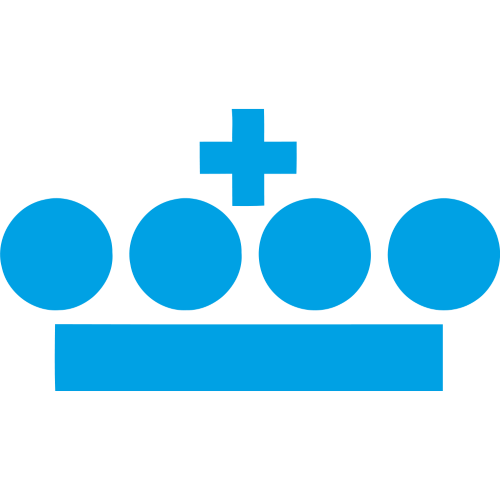 If you’re involuntarily denied boarding, or your KLM flight is cancelled or delayed by 3 hours or more on arrival, you'll be entitled to the following compensation in accordance to EC Regulation 261/2004: €250 for flights of 1500 km or less; or €400 for flights within Europe of more than 1500 km, and for all other flights between 1500 and 3,500 km; or €600 for flights of 3500 km or more. Furthermore, you are also entitled to the right to care which includes:

There are, however, some exceptions. The flight cancellation compensation amount can be decreased by 50% depending on the length of the delay at your ultimate destination. The same is true for flights that are more than 3,500 kilometers long and are delayed by 3 to 4 hours. Instead of 600€, you'll get "just" 300€.

What Are the Rights of EU Air Passengers?

KLM's passengers are well protected by EC 261, Europe's comprehensive air passenger rights, because the company's headquarters are in Europe.

EC 261 applies to all KLM flights that depart or land in European airports. Passengers can expect to be treated with respect whether their flight is delayed, canceled, or overbooked. In some cases, they are also entitled to compensation.

Passengers are also able to make claims for previous flights; in many cases, claims for flights that occurred within the last three years are still valid.

When my KLM aircraft is delayed, what are my rights as a passenger?

You have a "right to care" if your KLM flight is delayed by at least 2 hours at departure, according to EU law. KLM is obligated to supply you with the following:

Now, if you're extremely unlucky and your flight is delayed for more than 6 hours or you have to stay the night, KLM must supply the following, free of charge:

If they refuse to arrange for all of the above, save all receipts for the additional fees you incurred as a result of the flight delay. At the end of the journey, you can request a complete refund.

If your flight hasn't taken off after 5 hours, you can request a delayed flight refund from KLM.

Furthermore, you may be eligible for compensation if your flight with KLM is delayed. If:

This last item is crucial because it is here that many airline travelers are duped (not just KLM, mind you). KLM is exempt from paying if the flight delay was caused by "exceptional circumstances."

Weather circumstances, air traffic control limits, airport worker strikes, medical emergencies, and security hazards are just a few examples. In other words, things over which KLM has no influence.

Technical challenges, mechanical issues, operational reasons, and so forth are NOT considered extraordinary circumstances. The airline may try to use these as justifications to absolve themselves of responsibility and avoid paying compensation for missed flights. We're not going to let them get away with it.

What happens if a delay with KLM causes me to miss my connecting flight?

According to EC261 once more, a missed connection due to a delay on the first leg of your journey with KLM may entitle you to compensation from the Dutch carrier.

However, in addition to the aforementioned requirements, both of your flights must be booked under the same reservation. They're almost certainly booked together if you've booked them together. They're probably not if you bought them separately.

How can you be certain? You are eligible for reimbursement if your reservation number (also known as PNR or booking number) is the same for both flights.

KLM is one of the most punctual airlines in the world, with an average on-time record of 86 percent: 14 percent of the Dutch airline's flights arrive 15 minutes late or more. Even when KLM's flights are delayed, the average delay is "just" 41 minutes, allowing the airline to reclaim its position as one of the best. The performance of the Dutch airline has remained consistent throughout the year, with only a tiny decline in the second quarter. During the fourth quarter of 2018, KLM had its best on-time performance. As a result, KLM's total flight performance should be rated as excellent, with an 8.5 grade.

In the event that my KLM flight is canceled, what should I do?

Flight cancellations are, in some ways, more dangerous than flight delays. KLM will, in most situations, rebook you on a different flight to your destination. But, Europe enacted EC 261, a set of clear air passenger rights, to deter airlines from canceling flights at the last minute. According to the sections on flight cancellation, if an airline, such as KLM, cancels a flight less than 14 days before it is scheduled to depart, it must compensate each affected customer up to $700.

If KLM does not automatically offer you another flight, make a request as soon as possible. However, don't feel obligated to accept their agreements. When your flight is canceled, EU legislation requires KLM to provide you the following options:

However, there is no KLM flight cancellation compensation owing if you are offered a substitute flight that arrives at a fairly comparable time to the original due to the regulations' focus on minimizing passenger disturbance.

KLM will also not be liable for any compensation if the cancellation was forced due to unforeseen circumstances. Airlines, for example, are occasionally forced to cancel flights owing to an incident at the airport or inclement weather. The airline is exempt from paying compensation because it is not to blame for the incident. Even so, they must provide passengers with an alternative flight or a full refund.

What about when KLM flights that are cancelled due to the coronavirus pandemic?

Generally speaking, because the coronavirus pandemic is an extraordinary circumstance, KLM is only eligible to give you a refund for your cancelled flight ticket.

How long does it take for KLM to compensate you?

KLM states that refund requests are processed between 2 to 4 weeks. Passengers on the Dutch airline must wait approximately 11 weeks for their claim to be resolved. A court or a National Enforcement Body may be required to intervene in some problematic circumstances (NEB). When this happens, and the court determines in favor of the passenger (because to the airline's assertion that EC261 permits them to renounce their responsibility), it takes the airline around 12 weeks to provide the compensation. The 5.6 rating reflects this slightly above average performance.

We looked at how long it took KLM to handle compensation claims in 2019. They confirmed payment 72 days after receiving the claim on average. That's a little more than they claim, but it's still a lot better than most airlines.

Is it better to have a voucher or a bank transfer from KLM?

Should I accept KLM's offer of an EMD voucher as compensation?

This is an excellent example of airlines attempting to "cheat" their way out of paying the compensation required by EU Regulation 261/2004.

When you file a compensation claim for a canceled flight on klm.com, you may instead receive an EMD voucher rather than the bank transfer you expected. EMD vouchers are electronic vouchers that are emailed to you.

There are two types of KLM compensation vouchers: refundable (the least expensive choice) and non-refundable (the most expensive one) (evil). The former can be swapped for money, so it's not so bad, but the latter CANNOT. The only way to use it is to book another flight with a member of the Air France-KLM group of airlines.

Which, if you've just had a long delay or cancellation, you may or may not want to do anytime soon.

If you have the option of choosing between a KLM compensation voucher and a bank transfer, go with the latter.

What is KLM's cancellation policy for flights booked within 24 hours?

KLM will give you a full refund if you cancel your flight within 24 hours of booking it. This is similar to many US airlines' flight cancellation policies, which were demanded by the Department of Transportation (DOT).

How do I file a complaint with KLM?

If you wish to contact their support service and get a quick answer, they also have an online chat feature.

FLIGHT DELAY COMPENSATION CALCULATOR
Find out how much you can claim in 2 minutes. No obligation!
REVIEWS
9.4
"Our customers rate us as excellent"
420
On Time Perfomance
Quality of Service
Claiming Processing
About  KLM

KLM was founded in 1919 by Air France in Netherlands. KLM’s headquarters are currently located in Amstelveen and the main base in Amsterdam Airport Schiphol. KLM is not a star alliance member. The company has 4 stars on Skytrax rating and has won the Skytrax awards Best Business Class Seat in Europe. Pieter Elbers leads the company as the CEO. Its subsidiaries include Transavia, Martinair, KLM Cityhopper, KLM Flight Academy and KLM Cygnific b.v..

KLM have 2 accident reports to date. The most recent one is in 2014 at Barcelona Airport, Spain with Boeing 737 aircraft.