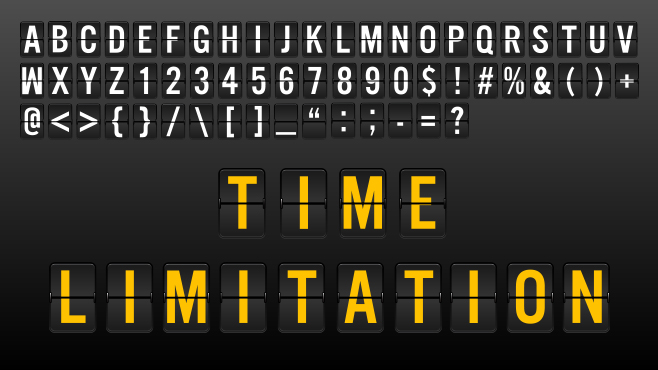 Time limitation period for seeking compensations from the airline authorities have been one of the most debated topics from its very inception. The common question faced by the passengers is the number of years until a passenger can claim compensation in case of any denied boarding of flights, delay or cancellation of flights in the Europe and rest of the parts of the world.

There are two major International body which puts light to the time limitational clause for passengers to demand compensation.

1. The Montreal Convention (2 years, rest of world except Europe)

2. The method of calculating that period shall be determined by the law of the court seized of the case.1

Though the time limitation clause under Montreal Convention is set for 2 years but is not binding on the EU regulation 261/2004.

The provision for compensation for any delay or cancellation of flight in the EU is different from the rest of the Globe and is operated under the EU regulation of 261/2004. The Flight Compensation Regulation 261/2004, came into effect on 17 February 2005 by repealing the Regulation (EEC) No 295/91 which therefore sets a common rule for assistance and compensations to the passengers.2 The regulation covers any flight which either land at any EU airport or takeoff from any EU Airports. But to the utter fact, the EU regulation of 261/2004 was silent on the time period clause and left the passengers in a dilemma regarding the time limitation for seeking compensation from the authorities.

But the case of Joan Cuadrench Moré v Koninklijke Luchtvaart Maatschappij NV (Nov 2012) resolved the issue where the court held that, the time limitation clause under which passengers can claim compensation is actually a matter of nation’s domestic/national law and limitation act of the nation should be given importance.3 The court held that:

25. In the absence of provisions of EU law on the matter, it is for the domestic legal system of each Member State to lay down the detailed procedural rules governing actions for safeguarding rights which individuals derive from EU law, provided that those rules observe the principles of equivalence and effectiveness4

26. It follows that the time limits for bringing actions for compensation under articles 5 and 7 of Regulation No 261/2004 are determined by the national law of each Member State, provided that those rules observe the principles of equivalence and effectiveness.

Subsequently in May 2014, the England and Wales Court of Appeal in the matter of Dawson v. Thomson Airways Limited with reference to More vs KLM5 , also held that the European Union regulation is not in binding with the Montreal Convention and hence English law of limitation prevails in this issue.6