FLIGHT COMPENSATION IN EUROPE: DON’T GET TRICKED BY AIRLINE COMPANIES 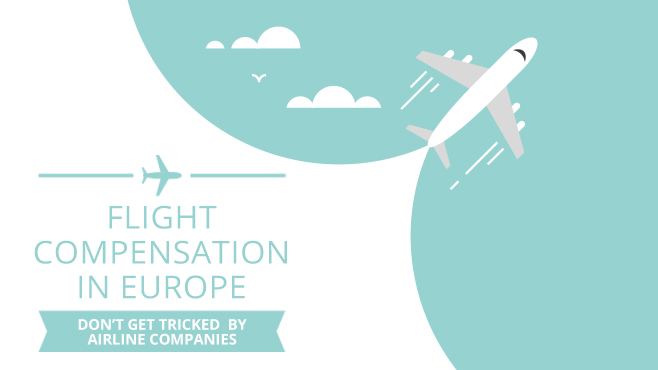 Long hours delay and cancellation of flights is becoming quite prominent in modern days and claiming compensation from airlines authorities are much of a challenge. The European Regulation EU261/2004, airlines are required to pay up to 600 € to passengers for the delay over 3 hours long as compensation for their inconvenience and time, excluding the price of the flight ticket. 1But the biggest challenge faced by passengers is circumventing the defense used by airlines which they call “Extraordinary circumstances”, the one is frequently used to avoid compensation. The EU Regulation 261/2004 is a common law which deals with the passenger compensation from the airlines in case of denied boarding, flight cancellation and long delay of flights.

CIRCUMSTANCES UNDER WHICH AIRLINES CAN REFUSE TO PAY COMPENSATION

Recital 14 and 15 of the EU regulations clearly mention the conditions under which airline can use the defense of "extraordinary circumstances and refuse to pay compensation to passengers regarding delay and cancellation of any flights.

14) “As, under the Montreal Convention, obligations on operating air carriers should be limited or excluded in cases where an event has been caused by extraordinary circumstances which could not have been avoided even if all reasonable measures had been taken. Such circumstances may, in particular, occur in cases of political instability, meteorological conditions incompatible with the operation of the flight concerned, security risks, unexpected flight safety shortcomings and strikes that affect the operation of an operating air carrier”.

(15) “Extraordinary circumstances should be deemed to exist where the impact of an air traffic management decision in relation to a particular aircraft on a particular day gives rise to a long delay, an overnight delay, or the cancellation of one or more flights by that aircraft, even though all reasonable measures had been taken by the air carrier concerned to avoid the delays or cancellations”.2

“An operating air carrier shall not be obliged to pay compensation in accordance with Article 7 if it can prove that the cancellation is caused by extraordinary circumstances which could not have been avoided even if all reasonable measures had been taken.”

1. Meteorological conditions: - It is the prevailing environmental conditions which intend to influence the prediction of weather.3 The one is directly related to extreme weather conditions such as heavy rain, snow storms and volcanic ash cloud which shall make the operations of the flight incompatible to fly or which might jeopardize the safety of passengers. In such an event the airlines have the right to refuse the claims for compensation, as Meteorological conditions fall under the ambit of "Extraordinary circumstances".

“Obligations on operating air carriers should be limited or excluded in cases where an event has been caused by extraordinary circumstances which could not have been avoided even if all reasonable measures had been taken.”4

Airlines are notified by the Air traffic control department in case of any meteorological condition. The air traffic control is the third party which indicates the level of bad weather by way of reducing the number of slots available for airline companies, or by delaying any flight which is causing knockoff problems throughout the day.5 The authorities even have the right to close the airport.6

A meteorological condition under the EU regulation 261/2004 comes under the ambit of "extraordinary circumstances" defense, but on the other hand, courts are finding it very difficult to understand the same. In a recent decision of Evans Vs Monarch, Judge at County Court at Luton stated that aircraft flying through the air and getting struck by lightning is considered to be the ordinary course of normal activity and this event is inherent in the normal exercise of the activity of the air carrier.7 But this ruling caught a lot of attention as it was against the guidelines of the Civil Aviation Authority.

3. Industrial action: - It includes any strike or event which is unrelated to airline and cannot be prevented by the airline companies as it falls out of the ambit of their jurisdiction. For instance: - Strike of baggage handlers or air traffic control is considered to be extraordinary circumstances.8

4. Unexpected flight safety shortcomings: - In other words any hidden manufacturing defects, acts of terrorism or sabotage, or any sort of Security risks is a valid ground for airlines to refuse compensation to the passengers: - In van der Lans v KLM, the Court of Justice of the European Union held that hidden manufacturing defects or acts of sabotage or terrorism may constitute extraordinary circumstances.9 It is pertinent to mention that any unexpected technical problems which are inherent in the normal exercise of the carrier’s activity do not constitute any "Extraordinary circumstances.10

5. Bird Attack: - The airline authorities are able to dodge the compensation claim in the event of a bird attack. The European Court of Justice recently clarified that that Bird attack cannot be avoided even if all the measures were taken to prevent the occurring and so airlines may avoid paying compensation to the passengers if the delay is caused by bird attack on the plane.11

2. Bad weather affecting a previous flight, causing your flight to be delayed.

3. Denied boarding due to the flight being overbooked: - In the case of Finnair Oyj v Timy Lassooy (C-22/11), the European Court of Justice held that airlines have to entertain the claims for compensation in the event of denied boarding. Moreover, airlines cannot use the ground of extraordinary circumstances for denying boarding on a later flight rescheduled or cancellation.12 Article 4(3) of the EU regulation 261/2004 states that: -

4. Technical problems with the aircraft (except hidden manufacturing defects or problems caused by sabotage): - In the landmark case of van der Lans v KLM, the Court held that technical problems are not be considered under the ambit of extraordinary circumstances and hence airlines are liable to pay compensation to the passengers.14

5. Airline Strikes or issues with airline staff: - In the event of any delay or cancellation caused by airline strikes or crew turning up late or understaffing, the airlines are liable to pay compensation to passengers as these events are inherent in the normal exercise of the activity of the air carrier. The court in the matter of Helga Krüsemann and others v Tuifly Gmb, mentioned that any strikes or event cannot be considered as the extraordinary circumstances and thus airlines shall pay the compensation to the passengers.15

7 “The Curse of the Lightning Strike – the Impact of Evans v Monarch Airlines | Blog.”

13 Regulation (EC) No 261/2004 of the European Parliament and of the Council of 11 February 2004 establishing common rules on compensation and assistance to passengers in the event of denied boarding and of cancellation or long delay of flights, and repealing Regulation (EEC) No 295/91 (Text with EEA relevance) - Commission Statement.

14 Kolatsis and Schofield, “Technical Problems Are Not an Extraordinary Circumstance | Lexology.” 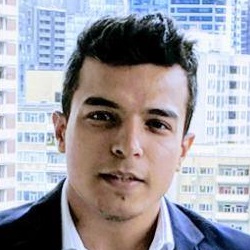