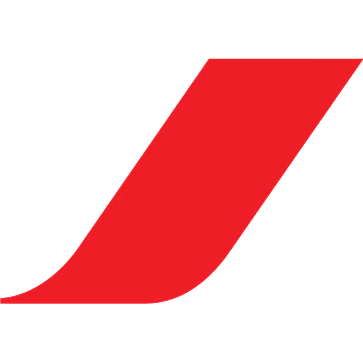 Air France is the prominent airline company of France and its main flight base is in Charles de Gaulle Airport. If your Air France flight has been cancelled or significantly delayed or if you have been denied boarding on an Air France flight for which you have a confirmed reservation, you are entitled to the rights defined in Regulation (EC) No 261/2004. Your compensation depends on the distance which is calculated based on the last destination.

You are also entitled to reimburse your extra costs due to the flight disruption such as meals and refreshments in reasonable relation to the waiting time and possibly hotel accommodation including transport costs to/from the airport.

While airlines such as Air France strive to adhere to their published timetables, flight delays do occur. The good news for passengers is that air passenger rights are in place to protect you and your trip if you are delayed by Air France.

Begin by safely preserving your travel documents. Don't toss them out in a fit of wrath; you'll regret it afterwards. You must include your flight data, such as flight number and booking reservation, as well as your travel papers (boarding pass, booking confirmation), including paper copies, when filing a compensation claim.

Go to the airline's counter at the airport and inquire about the delay. If the airline is able to give a reason, request a written document attesting to the cause of the delay.

If your flight is delayed for more than 3 hours, you may request a meal and refreshments from the airline. According to EC261, this is part of your "right to care." Don't be surprised if the airline instead provides you a food voucher that you may use at one of the airport's eateries.

In addition to this meal, the airline is required to allow you to make up to two phone calls to make arrangements. You may need to notify the car rental company or the hotel, for example, about the change in arrival time.

Check the length of the delay once you've arrived at your destination. If your flight is delayed for more than three hours, you may be eligible for compensation.

A few notable exceptions are worth mentioning though.

There are several exceptional instances under which airlines may be exempt from paying compensation. Situations such as inclement weather or airport issues fall under this category. However, if the delay is due to technical difficulties or an airline staff strike, you may be entitled to compensation under EC 261.

Furthermore, you have up to three years to file a claim with Air France and receive compensation for your flight delay.

Because Air France's headquarters are in the European Union, practically all of its flights are covered by EC 261, one of the most extensive air passenger rights regulations in the world.

Passengers who have been delayed, canceled, or overbooked flights due to no fault of their own are entitled to compensation under the EC 261 legislation. Passengers are also eligible to make claims for previous flights; in many cases, claims for flights over the previous three years are still valid.

If your Air France flight is canceled, your rights as a passenger in Europe are clear: Air France must provide you with alternative transportation to your destination, or a full refund if you choose. Request to be redirected if the airline does not offer you an alternative flight when you are notified of the cancellation.

If you need to wait longer than 2 hours at the airport before your rerouting flight departs, you can request a meal and refreshments.

Passengers whose flight has been cancelled are occasionally rebooked on a flight departing 6 hours later or the next day. If this is the case, Air France is obligated to offer you hotel accommodations as well as transportation between the hotel and the airport at no additional expense. And EC261 specifies that if you arrive at your destination at least 3 hours late due to a cancelled Air France flight, you can claim up to 600€ in flight cancellation compensation per passenger.

Furthermore, if you were notified of the cancellation fewer than 14 days before your scheduled departure, you may be entitled to reimbursement of up to $700 per person.

When Air France cancels a flight, they usually try to rebook passengers on another trip as soon as possible at no additional cost. If the alternative flight does not work for you, you can request more modifications or a refund if you no longer want to fly that route.

Air France will not have to compensate you if they can book you onto a replacement flight that arrives at a comparable time as your original flight. This is reasonable because you will arrive at your destination with minimal disruption to your schedule. Passengers whose flights are canceled at the last minute, on the other hand, often have valid claims for Air France canceled flight compensation.

Also, you can cancel your ticket purchased before April 16, 2020 and receive a travel voucher by filling out this form during the coronavirus (COVID-19) crisis. You should be aware, however, that the European Union has chimed in on the refund vs. travel voucher argument, asking airlines to restore money to customers rather than travel vouchers.

Is it possible to receive flight compensation if you miss a connection on an Air France trip?

Yes, if you missed your connection due to an Air France flight delay, you may be entitled to compensation.

There are, however, some requirements that must be met in order to be considered eligible.

Your tickets must be purchased at the same time and have the same reservation number (also known as booking number or PNR).

You will not be eligible for missed connection reimbursement if you purchased your tickets separately. That's because you'll be responsible for organizing the transfer yourself and allowing ample connection time if you do so.

Is it possible to get a refund for a missed Air France flight?

If your Air France flight does not depart 5 hours after the scheduled departure time, you may be eligible for reimbursement.

A refund for a flight delay differs from compensation in that compensation requires your flight to arrive at least 3 hours late, but a refund only requires a substantial delay at departure.

You will receive a full or partial refund depending on where you are in your journey:

Refund amounts are calculated depending on the price of your ticket, unlike flight delay compensations.

The French airline is in line with the industry norm, with less than 24% of flights arriving late on average. Passengers can expect to arrive 45 minutes late on average when delays occur; however, keep in mind that you are only eligible for compensation if your flight is delayed for 3 hours or more. A glance at Air France's flight data by quarter reveals a minor decline in on-time performance over the year, except the last quarter, which represents Air France's greatest performance of the year. In addition, the average delay is decreasing, which is good news for passengers. With a score of 5.1 out of 10, Air France's on-time performance is slightly above average.

Air France and the Processing of Compensation Claims

When it comes to processing flight compensation claims, Air France's record is above average, if not excellent. Air France, despite being one of the world's largest airlines, issues a statement reasonably fast once a compensation claim for a flight delay or cancellation is received. They process claims a little faster than the norm and pay out compensation on time. It takes an average of 10 weeks for Air France to process your compensation (65 days). Furthermore, Air France is forthright in its explanations for flight cancellations. The airline will pay any compensation that is owed. As a result, plaintiffs only have to go to court against Air France in a very small number of situations.

Remember that these figures are averages; some difficult cases may take much longer. Some instances require referral to a court or a National Enforcement Body because they are more sophisticated (NEB). The processing time is much longer in those circumstances.

What is Air France's Premium Economy?

You are recommended to contact Air France via their online form rather than calling them during the coronavirus outbreak, as they already get a large number of phone calls.

FLIGHT DELAY COMPENSATION CALCULATOR
Find out how much you can claim in 2 minutes. No obligation!
REVIEWS
9.4
"Our customers rate us as excellent"
420
On Time Perfomance
Quality of Service
Claiming Processing
About  Air France

Air France was founded in 1933 by Air France-KLM in France. Air France’s headquarters are currently located in Tremblay en France and the main base in Charles de Gaulle Airport. Air France is not a star alliance member. The company has 4 stars on Skytrax rating. Anne eRigail leads the company as the CEO. Its subsidiaries include Joon, HOP!, Transavia France, Servair and  Soc Construct Repara Materi Aeronautiq.

It has declared $ 11,088,000,000 in revenue. Air France offers service to 320 destinations in 133 countries and they have carried more than 34 million passengers in 2020. Paris-Berlin,London-Paris, Istanbul-Paris, Istanbul-Dublin are some of the main flight destinations.

Air France have 11 accident reports to date. The most recent one is in 2009 at São Paulo Archipelago, Atlantic Ocean228 with Airbus A330 aircraft.